The Sydney bar built on waste

The Sydney bar built on waste

We sit down with the man behind a new low-waste bar that is working with global companies and local venues to create a circular food and beverage industry.

Re is a cocktail bar with a twist. The Old Fashioned is finished with a sweet syrup made from discarded banana skins. The sleek terrazzo-style benchtops are made from thousands of crushed milk bottles that have been processed and reformed by Australian recycling company Replas. The booths are sheathed in pineapple-leaf fibre and light fittings are made from mushroom mycelium.

“Everything you touch as a guest is pretty much from a recycled material — your seat, the tabletop, your glass, your plate,” the bar’s creator Matt Whiley says.

Re is built on waste, from the construction materials to the menu itself. But you wouldn’t know it from looking around the space or consuming a cocktail or two. And that’s exactly how Matt wants it.

“Our plan is to show that this is just a normal cocktail bar — you could easily go in and out and not even realise you’ve been inside a venue that operates on waste and recycled materials.” 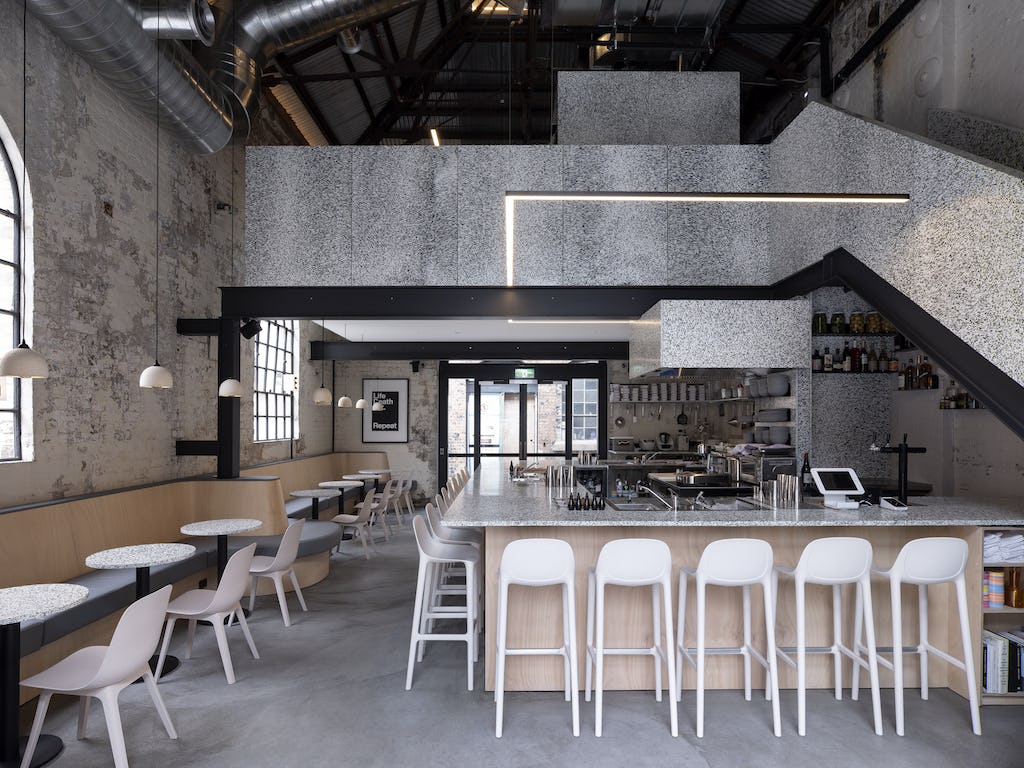 The majority of the menu features salvaged food, but it hasn’t been fished out of a dumpster. Matt gets imperfect produce direct from growers. It is fresh food that would end up in landfill simply because it’s the wrong shape for restaurants to use.

“This is a systemic problem not just in Sydney, but everywhere,” he says. “And there’s a way that we all win out of this.”

Making use of imperfect produce means venues save money, growers sell more product and fresh food doesn’t wind up in the bin. Matt has been overwhelmed by the volume of produce that usually gets rejected and says there’s an urgent need to change the way we think about waste.

“We learned very quickly that we’re not really talking about waste. We don’t use the word waste in the bar we talk about rejuvenating and regenerating produce — giving something a new life that wouldn’t normally have it.” 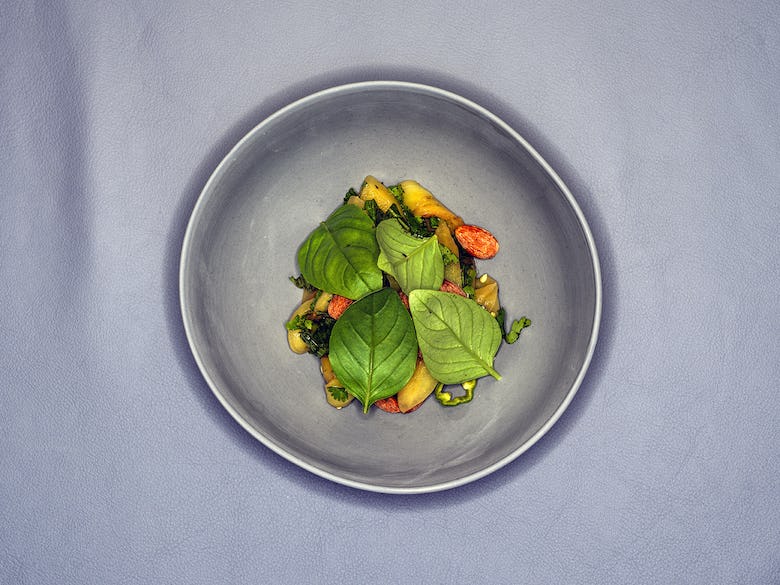 Re snack by Jason Loucas.

Re was originally billed as the world’s first zero waste bar, but Matt admits they still have a long way to go on their journey. When asked what the biggest learning has been so far, he fires back a one-word response: “packaging”.

This staunch stance against business as usual is part of the bar’s long-term plan to eliminate waste entirely.

Currently, Re has five bins behind the bar — a general waste bin, which staff avoid using unless absolutely necessary, glass and paper recycling bins, an organics bin that is collected for composting and a bin for cloth napkins and towels which are laundered on-site.

“We’re working with Mirvac our landlord to figure out how we can recycle what we’re putting in our general waste and it’s generally packaging,” Matt says.

“During service, if we put anything in general waste, it’s because something came in in packaging.” 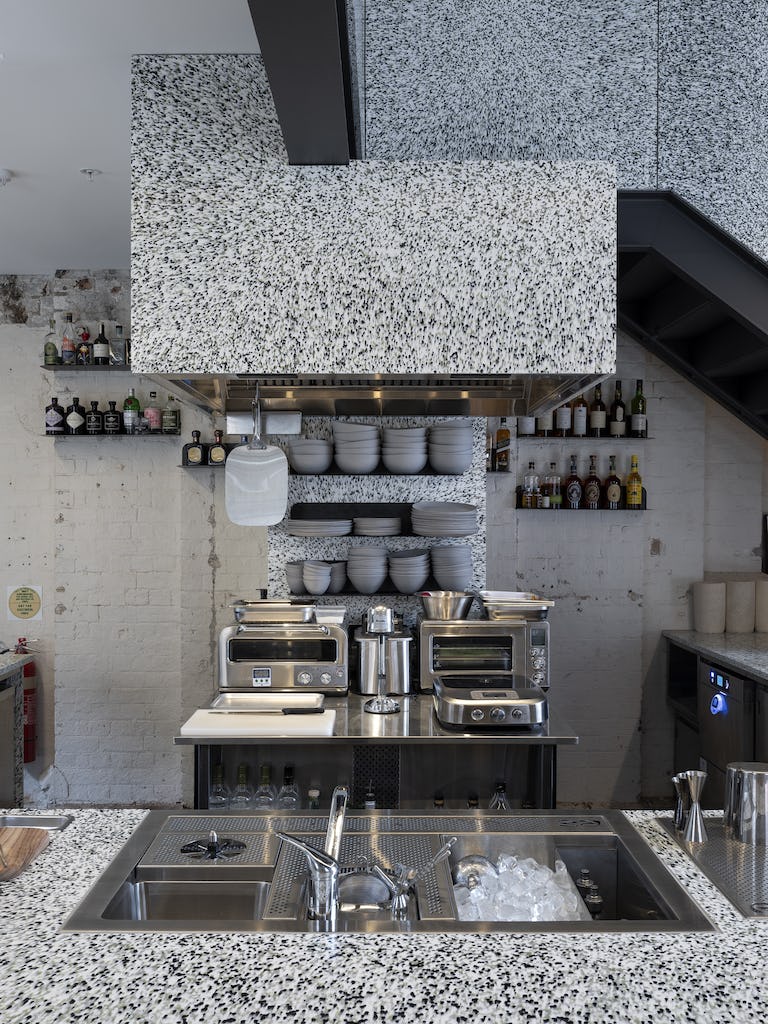 Another major source of excess packaging is the liquor itself. While the beer industry developed a keg system for large quantities of liquid years ago, spirits still come individually bottled. Changing the way this global supply chain operates is not an easy task for a small business to take on, but Matt is up for the challenge. He has already approached international liquor company Diageo about switching to large format packaging.

“I think it’s really easy to organise large format packaging to minimise glass when you’re getting it from Melbourne or from a distillery in Alexandria just down the road. But when you’re going to one of the major players in the marketplace and they are turning over billions and you say to them, ‘can you send my vodka in 1000 litre containers?’, this starts a headache for them,” he says.

“Really, they should be they should be going, ‘actually, this is going to be so easy for us, we’re going to fill one container and it’s going to go into a pallet’. And yes, we’re still shipping things around the world, but the end goal is less waste.”

Matt sees large format, reusable packaging as a no-brainer for global liquor companies and wholesalers. And the solutions are already out there in the market. The bar gets its gin through a company called ecoSPIRITS that supplies liquor in refillable five and 25-litre ‘totes’. Once the totes are empty, the company collects them, cleans them and uses them again.

While this technology is a massive step in the right direction, it is still fairly niche. Ensuring these solutions are open source and getting businesses on board with change are two major barriers to uptake.

“At the moment everyone just does what they do the same way they’ve always done it,” Matt says. “Until someone tells them there’s a new way.” 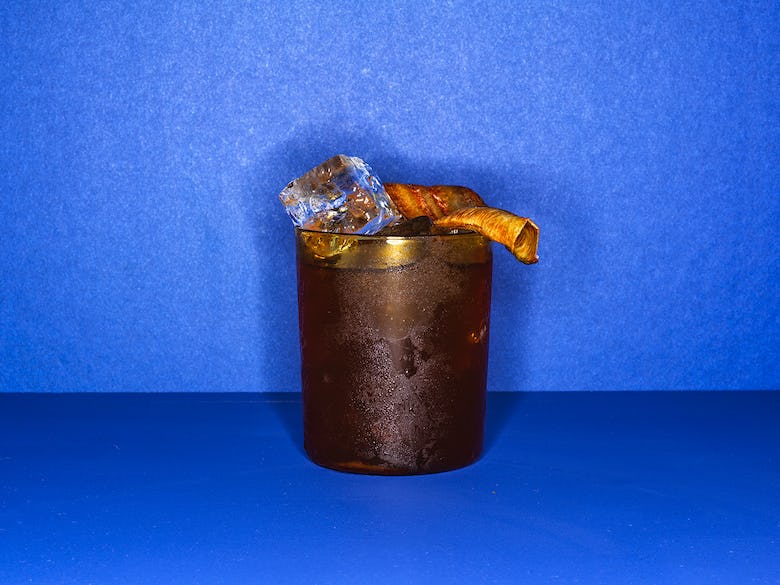 Re cocktail by Jason Loucas.

In an effort to change mindsets and behaviour in the industry, Re is collaborating with Ketel One Vodka on a project called Never Wasted. Launching in May, a month-long pilot program will bring 10 Sydney bars together to create a circular economy for leftovers and surplus food.

“We’re asking ten bars in the CBD to do a workshop with us and to share what they think their food waste is,” he explains.

“All we’re asking those bars to do is pass that produce on to one of the other bars and create a circular economy for waste items from each bar.”

Bulletin Place, Maybe Sammy and the Prince of York are among the bars participating in the project. Starting with one product that would usually become food waste — oranges that are only used for their skins for example — the bars will send this surplus food to another venue and receive surplus food in return. Using the product they receive and Ketel One Vodka, each venue will have to create a new drink and put it on their menu.

After the first month, the project will expand by adding more food waste items into the mix, with the end goal being to build it up to the point where all food waste is being circulated and nothing ends up in landfill. Re will also act as the last port of call for items that can’t be used elsewhere in the network. 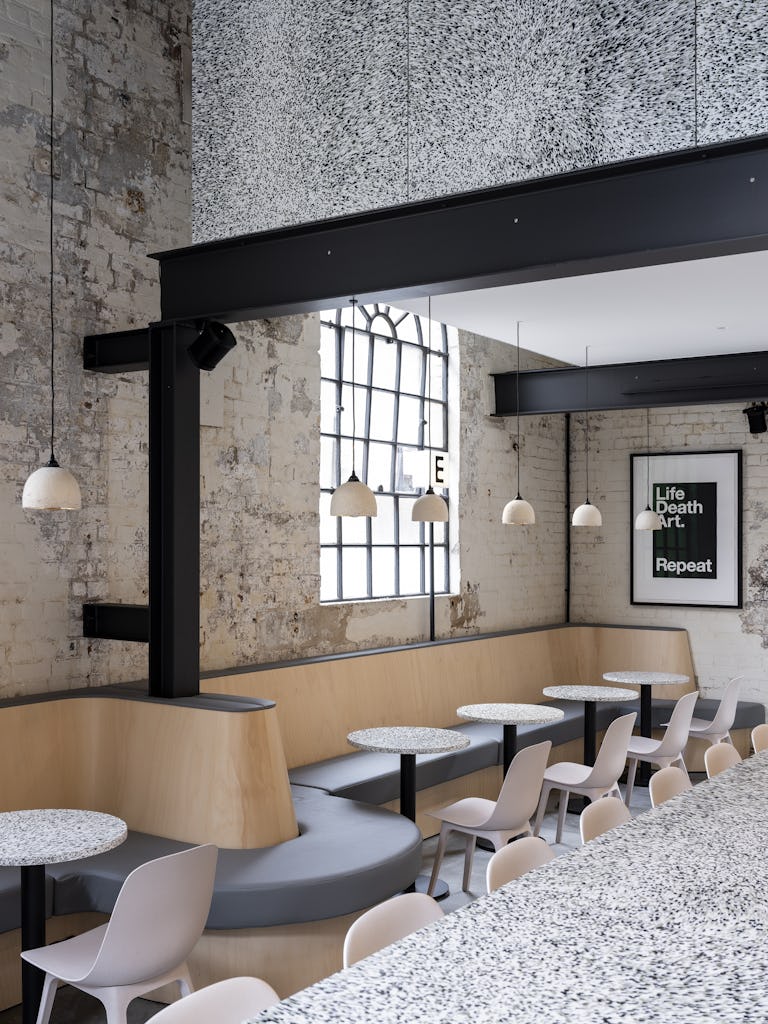 “Once this gets bigger, if there’s a bar that goes, ‘I’ve got this fruit and no one wants it’ Re will then become the cog that takes that and makes something out of it and puts it back in [the system] for everyone to one to use. We might make a liqueur, we might make a wine and then there’s another thing that goes into the pot for people to sell in their bar.”

The participating bars are also being encouraged to install compost systems and undergoing bin audits as part of the project, with an end goal of reducing food waste by 75 per cent in each venue.

For Matt, the endgame of both Re and Never Wasted is normalising waste minimisation.

“I think this can be normal,” he says. “Once people have experienced it and go, ‘yeah, it’s really normal, it was delicious, we had a great time and, the best thing of all, we had so much fun’. Because going to bars should be fun as well.”

The nurse on a mission to save medical supplies