President of Fraser Coast Microbat group, John Parsons, also known as ‘batman,’ has been studying, researching, and building microbat habitat for two decades. Along with fellow researchers he has spent years investigating the movement of microbats around the Fraser Coast area.

There are two types of bats: microbats and megabats. They are the only group of mammals specifically adapted for flight and they vary in size from as little as three grams to 150 grams. The little forest bat (Vespadelus vulturnus) roosts in hollows of old trees and has been found to share a nest with possums. Of the 1400 species of bats in the world, Australia has around 78 species and there are 22 species in the Fraser Coast region.

Bats are an important pollinator of native plants and disperse seeds over a wide area.

Unlike the mega bats who rely on their sense of smell, the microbat uses echolocation to find food in the dark. They do this by emitting a high frequency sound through their nose or mouth which is inaudible to humans.

Microbat babies are called ‘pups’ and they are born during spring and summer in South-east Queensland. The pups are required to attach immediately to mum and go with her during her nightly hunting and exploring.

A microbat can consume up to 100 per cent of its body weight in one night which is estimated to be about 1000 mosquitoes.

“They are insect terminators of the world,” John says.

Microbats roost in tree hollows or caves, discarded bird nests, gardens or buildings. Habitat loss and disturbance of roost sites have attributed to the decline of microbats. John has been working with the local council and the University of the Sunshine Coast to build artificial forests, or ‘bat homes’ for the tiny creatures. 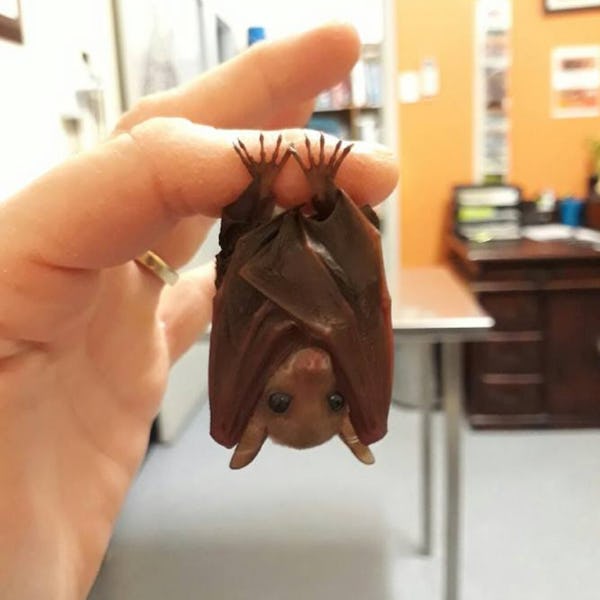 The bat homes are made from pallets by Burrum Men’s Sheds and they are erected on to poles.

John hopes to put up microbat homes in back yards to provide shelter for the tiny mammals and pest controlling benefits to residents.

The group has sold or given away 3000 boxes to Fraser Coast residents and would like to continue to raise awareness for these creatures. He even offered free boxes to the first 100 people who got their COVID-19 vaccination.

Learn more about the bats of Southern Queensland here.

Get involved in Tropical Tree Day

Tropical Tree Day is held on the first Sunday in December each year, 5th December 2021. It is a celebration of trees for all our friends in tropical Queensland. Register a site today!