The project hopes to improve the rates of women working in ‘STEM’ – science, technology, engineering and mathematics.

Young women in Bendigo are learning how to build an electric vehicle (EV) as part of a new project that’s upcycling automotive waste, supporting community uptake of EVs and encouraging girls to pursue careers in STEM.

The project was set up by Bendigo Tech School Director Graeme Wiggins with the support of the community and aims to inspire young women to explore careers in engineering, advanced manufacturing, the automotive industry and other STEM fields.

"There's also an incredible growing demand for roles in STEM positions that's only going to continue to rise with the evolution of technology for everything from app development and Artificial Intelligence to IoT (Internet of Things) integrated technologies." 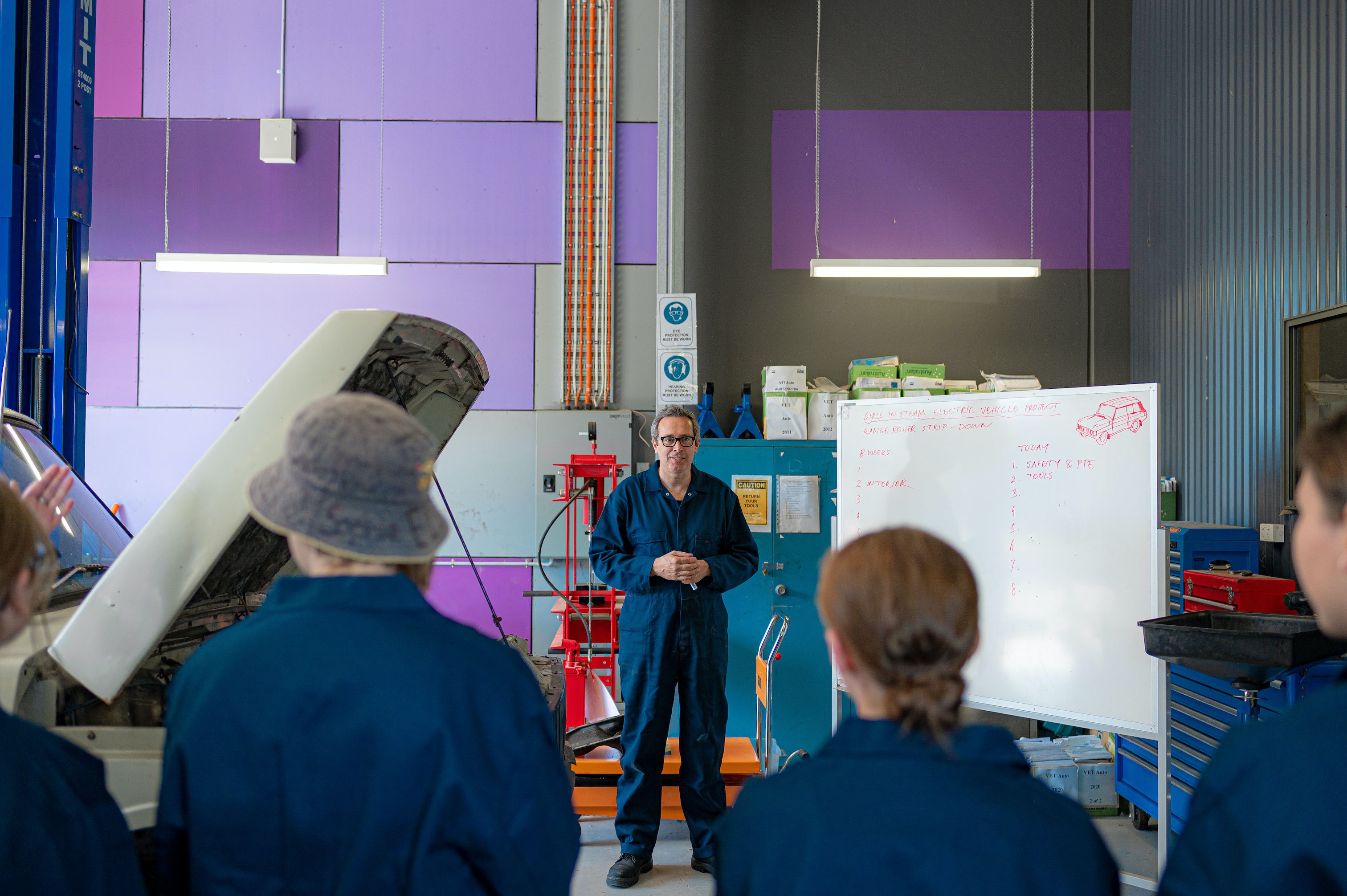 Graeme and students in the workshop at Bendigo South East Secondary College.

The group of 25 high school girls from years 7 to 10 has 18 months to convert an old Range Rover into an electric vehicle. And they are off to a cracking start. In just five two-hour sessions, the girls have already disassembled two thirds of the car’s body.

"That's incredible when you consider that it's a couple of weeks’ worth of work for a skilled worker to do what these guys have done in less than 10 hours," Graeme says.

Graeme has been bowled over by the enthusiasm of the group and while some students have admitted they are participating just to spite their parents (who claim fixing cars is men’s work), others show an incredible commitment to the project.

"There's one student who loves the project so much that she does all her classwork in advance so when she does her technology lessons, she's allowed to work on the car in class time."

Bendigo Tech School is one of ten tech schools set up in Australia to build young people’s enterprise capabilities. The school doesn’t have students of its own, but partners with other schools to deliver entrepreneurship and technology programs that prepare students for the future of work.

"In Bendigo, manufacturing is actually the leading economic contributor to the region's GDP — it's about 1.4 billion dollars annually," Graeme says.

By participating in this program, students are gaining vital skills that may lead to employment in the local manufacturing sector and even to the development of an EV industry in Australia.

“The Australian car industry has collapsed, and electric cars are one of the very scalable and cost-effective ways of getting back into car production," Graeme explains. 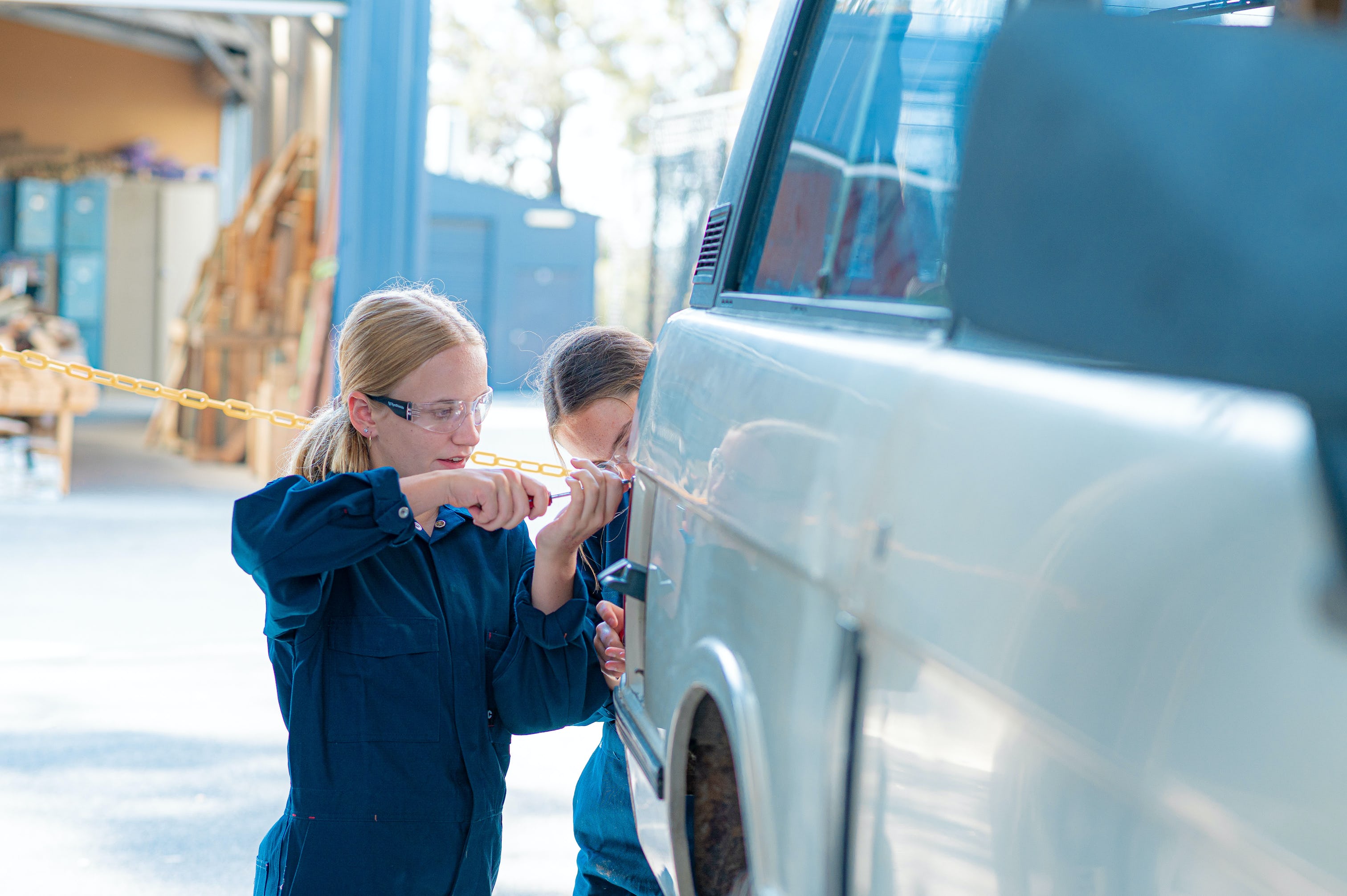 In addition to its education and employment benefits, the project is also delivering positive outcomes for the local community. Once the car conversion is complete, the Range Rover will become a community asset that locals can rent through a new social enterprise being established by Jaunt Motors, who convert old four-wheel drives into EVs.

"Jaunt’s vision for the (social enterprise) project is to create a network of community owned electric rental vehicles," Graeme says.

"Electric cars are clearly the way of the future and the best way to get a conversation started about that is people being able to experience them for themselves without the investment.” 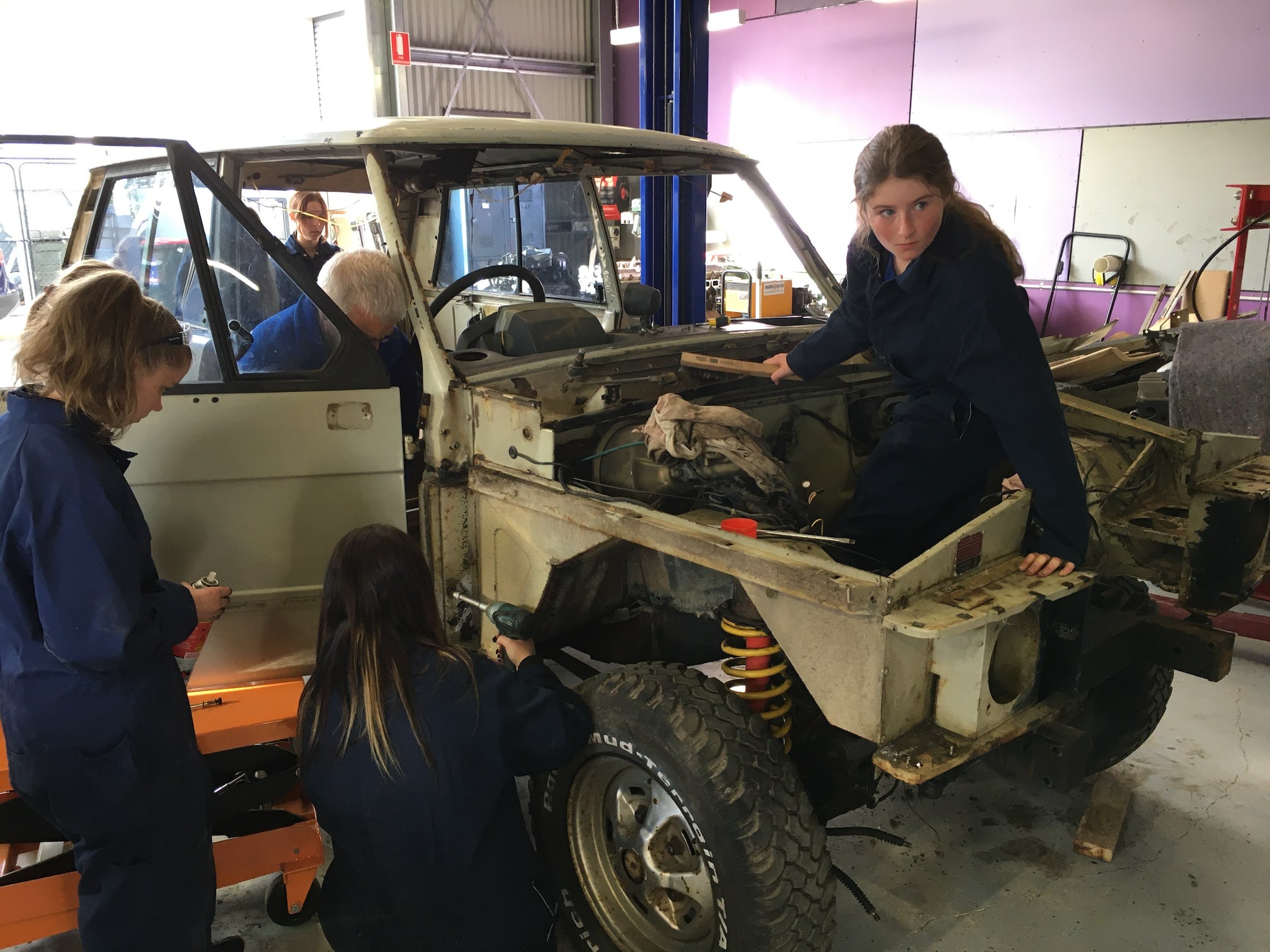 Getting the project off the ground has been a real community effort. The Range Rover itself was donated by Doug Peters, a community member with a passion for land rovers who thought the car would be perfect for the students to work on because it can be easily broken down into its components and rebuilt.

“We have been sponsored through Kirkland Lake Gold’s Community Partnership Program, which has invested over 12 million in the Loddon Campaspe region’s community enterprises. KLG really wanted to support a girls in STEM project to promote STEM pathways in the region,” Graeme says.

Industry partner Discovery Science and Technology Centre also came on board to provide a space to rebuild the car, provide charging facilities from a solar panel array and a Tesla battery. Jaunt Motors will help complete the high voltage conversion using a modified Tesla motor and batteries.

"This is as much a story about community as it is about the fact that we're doing a really cool project," Graeme says.

"It's also a really great way of upcycling automotive waste. We're taking stuff out of wrecked cars and creating a new vehicle." 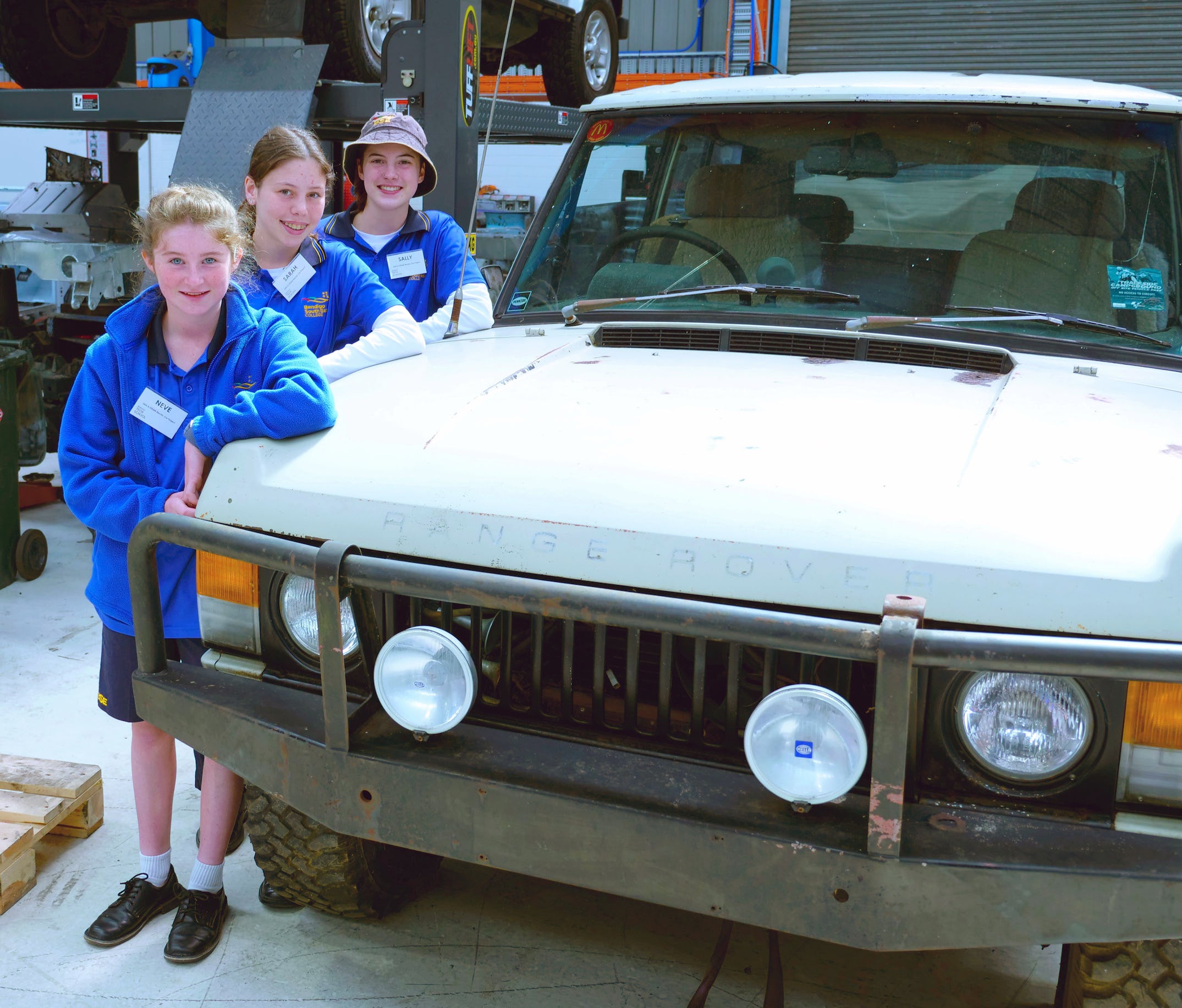 The real stars of this story though are the students themselves.

"They really are an extraordinarily talented, intelligent and motivated bunch,” Graeme says.

"And there's just so many things we're covering — sustainable transport, the topic of EVs and how we need more government support to ensure that we have an effective rollout of not only cars but infrastructure; all of the hands-on stuff that they're learning, they love learning how to use tools and solve problems. But the most important thing is that they show up and they love doing it."

How to declutter responsibly - a clean home and a cleaner future